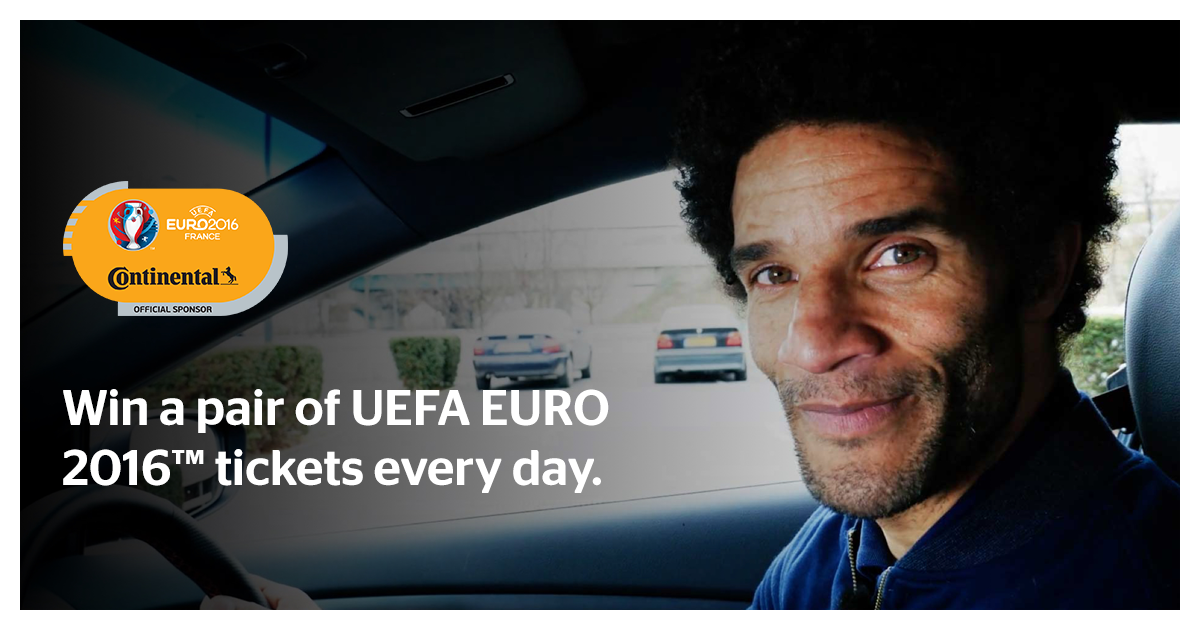 ISG and Continental 'Getting to the Game Safely'

ISG has launched ‘Getting To the Game Safely’, an online campaign enabling fans to virtually drive to the Stade de France from their home, for Continental Tyre, UEFA Euro 2016’s official tyre sponsor.

As well as highlighting the automotive brand’s road safety messages, the online campaign offers supporters a chance to win tickets to England matches, knockout stages and the final.
Continental created the online experience to enable football fans to make their own virtual football journeys with footballer, David James, to Stade de France, the home of the UEFA Euro 2016 final.
The experience requires fans to log into Facebook, before it shows designated driver David James in his car to pick them up and take them to the game virtually. The technology then uses Google street view to create the journey where on arrival, fans guess how many miles they think their journey was for a chance to win tickets in the prize draw.
Peter Robb, Continental Tyres’ marketing communications manager, said: “As a sponsor of UEFA Euro 2016, we wanted to celebrate the partnership as well as reinforce ‘Getting To the Game Safely,’ the overarching statement we communicate through all of our football activities.
“The game is an engaging user experience that fulfils our aim to highlight road safety, as well as give fans the chance to go to France to watch the games.”