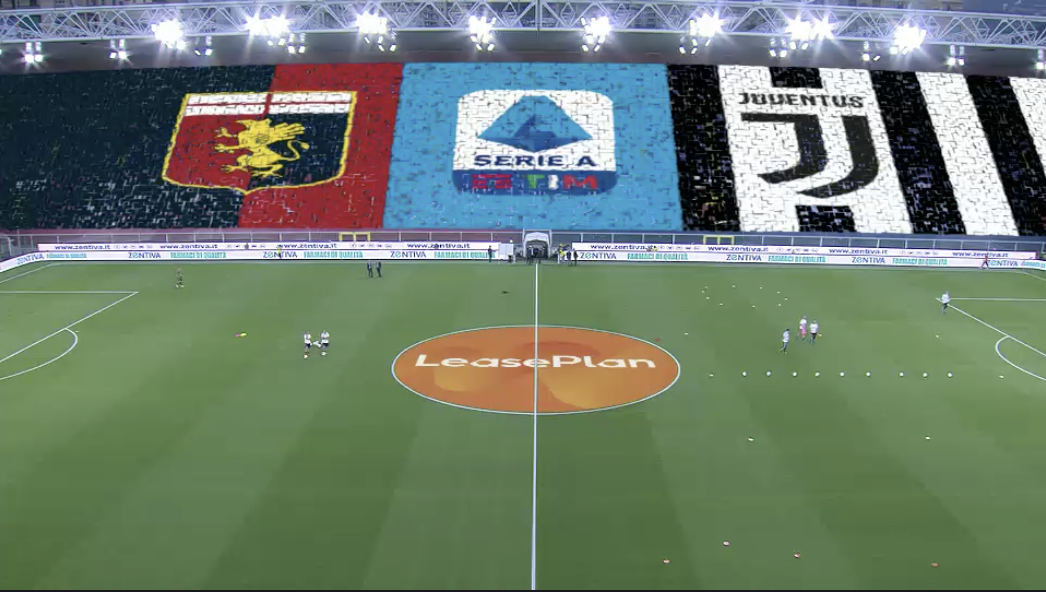 The Lega Serie A assembly has approved Interregional Sports Group’s (ISG) virtual graphics solution for stadiums that are crowd free as a result of COVID-19 restrictions.

The decision follows a testing programme, in a bid to identify the best solution for providing virtual graphics in the empty seating areas in stadiums across Italy.

Following the process, ISG, along with their local production partners, Netco Sports Italy, were appointed providers for all Championship games until the end of the 2019/20 season.

‘Lega Serie A are a world leader and innovator in virtual media in live broadcast’ explains Simon Burgess, Joint CEO and co-founder of ISG. ‘We have been working with Lega for many years and are extremely proud to continue to invest in and support new virtual media solutions in these challenging times,’ he added.

Burgess believes the key to the project’s success lies in a combination of high-quality branding that is delivered sparingly so as not to compromise the viewing experience for the fans.

‘Our prime objectives are maximising ROI for brands and delivering optimum revenue impact for rights holders, while never compromising the enjoyment of the live event for the viewing audience,’ he explained.

ISG has deployed virtual centre pitch logos of club partners, pre kick-off, at half time and prior to the second half kick-off. Now empty stands at all Serie A matches will be filled with graphics and colours of the competing teams, but at selected times only.

‘This approach provides interesting graphic enhancement but is not overexposed nor does it impact on the enjoyment of the live action of the match it appears in,’ said Burgess.

‘We have been working more and more directly with Serie A clubs, using our expertise to find other ways in which we can help them increase their revenues and make best use of their stadium infrastructure to create new virtual media spaces and platforms, whilst balancing those key criteria,’ he added.

‘Our senior team has been deploying and commercialising virtual media for almost a decade, working with all types of technologies and solutions and ISG has grown rapidly over the last six years. We are now entering a new paradigm in live sports broadcasting that presents huge opportunities to all stakeholders. However, it is a very complex process with many moving parts, liable to risks as well as rewards. ISG partners with rights holders, broadcasters and brands to realise those collective ambitions to a world class standard,’ said Burgess.

ISG and Netco have a long-standing relationship, with Netco producing all Serie A broadcast graphics and supporting ISG on their International Presenting Sponsor package. This incorporates regional sponsorship packages, producing virtual goal mats and, working with Netco, customised match graphics to four intercontinental broadcast regions outside of Italy. ISG also produces virtual goal mats for Coca Cola, Lega’s title sponsor of the Coppa Italia Final and TIM, the domestic title Sponsor of the Serie A Championship.