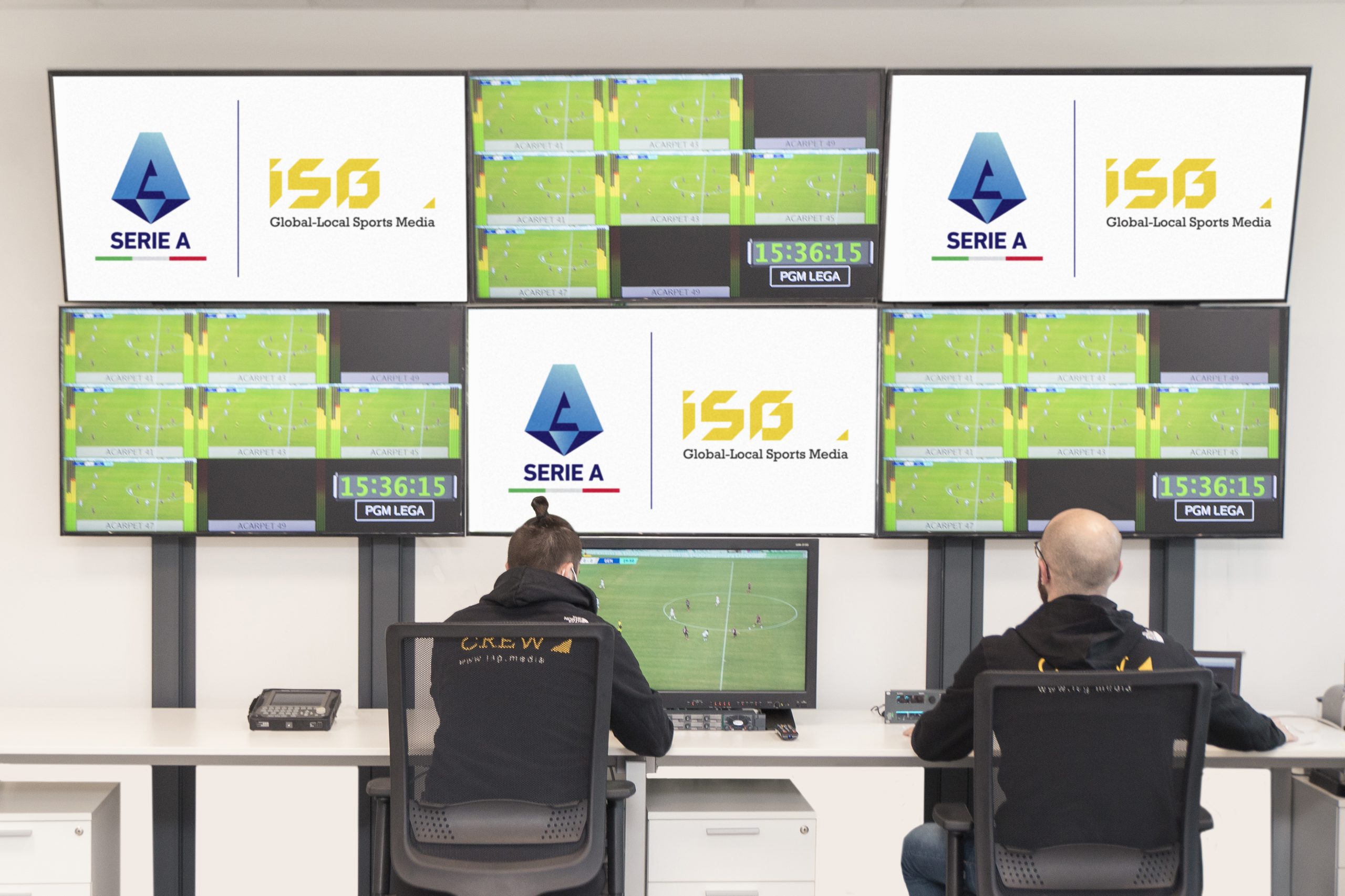 Interregional Sports Group and its partners Supponor have combined with Lega Serie A to fund, scope, build, deploy, operate, and commercialise the most ambitious and advanced integrated virtual media technology project ever attempted in live sports broadcasting.
Developed to coincide with Serie A’s launch of its new International Broadcast Centre, the project represents a ‘world first’ in the use of AI supported Supponor AIR™ technology which will see virtual goal mats, virtual perimeter VLED, virtual centre circle mats, virtual ‘bench/dugout’ and some additional bespoke virtual assets for all 380 championship matches a season. 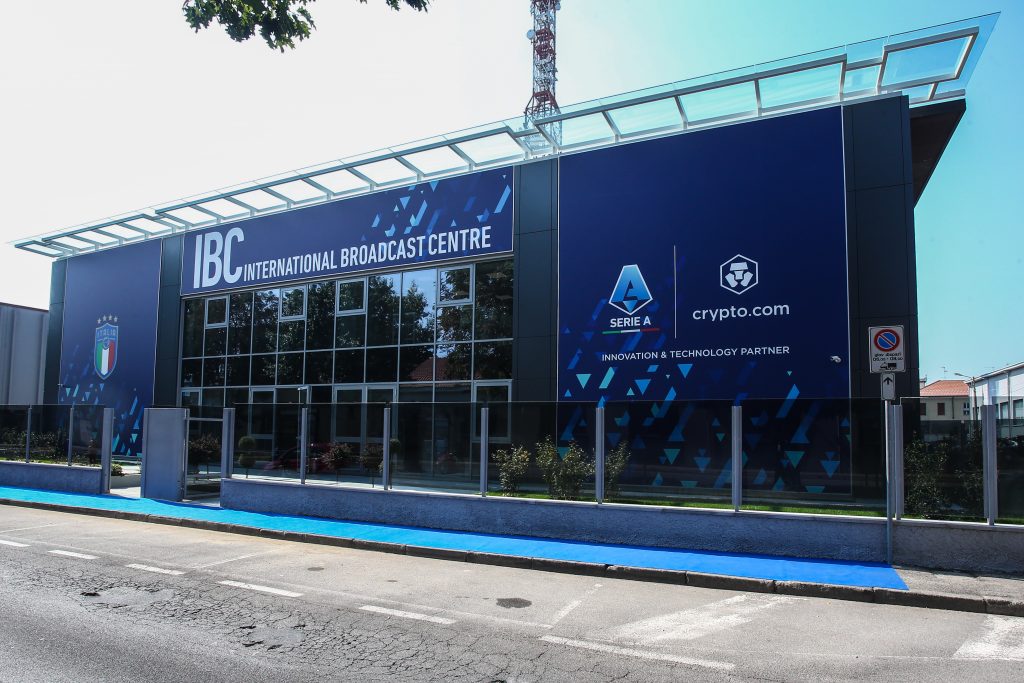 For almost a decade ISG has been the leader in the world of virtual media rights creation and revenue generation in premium sports broadcasting. Equally, Supponor has been at the forefront of virtual media technology development. Although ISG has always positioned itself as technology agnostic, the ISG-Supponor relationship is unique with them working as partners in global sports since ISG was established almost a decade ago. ISG also has a shareholding in Supponor.
Last year, ISG’s production and technology team worked closely with Supponor’s R&D team to accelerate development of Supponor’s early-stage, next generation, technology. In early 2021, after extensive testing, ISG-Supponor worked with Lega Serie A to scope, build and deploy for the start of the current season, the most ambitious and advanced integrated virtual media technology project ever attempted in the history of live sports broadcasting.
Simon Burgess, joint CEO of ISG, said: “This deep collaborative partnership with Supponor in the optimisation & deployment of this advanced technology has enabled us to achieve what would have been unthinkable and impossible no more than 12 months ago. In these strange times, not all news is about crisis management, this is a huge positive, a massive game changer for the commercial sports industry.”
James Gambrel, CEO of Supponor, added: “We are very proud to partner with ISG on this important virtual project, our Supponor AIR™ technology is ground-breaking and testament to the enormously talented teams that work in Supponor and ISG. Our relationship with ISG is special, although we also work with many other excellent organisations, this integrated approach provides unique benefits to all participants across these large and complex projects”
This revolutionary new AI supported platform operates out of the new Serie A International Broadcast Centre (IBC), just outside of Milan, Italy. The Serie A IBC is one of the most technically advanced and complex broadcast centres in the world. From there, over 100 technicians and production personnel produce all live matches and archive remotely all the Serie A TV, radio, web via 4k production from stadiums across Italy connected via fibre optic. Deployed in record time, the centre was operational from commission to going live for the first game of the season in approximately 18 weeks. ISG’s team operates, integrates, and produces virtual goal mats, virtual perimeter VLED, virtual centre circle mats, Virtual ‘bench/dugout’ and some bespoke additional virtual media across for all 380 championship matches a season, including Coppa Italia draws. 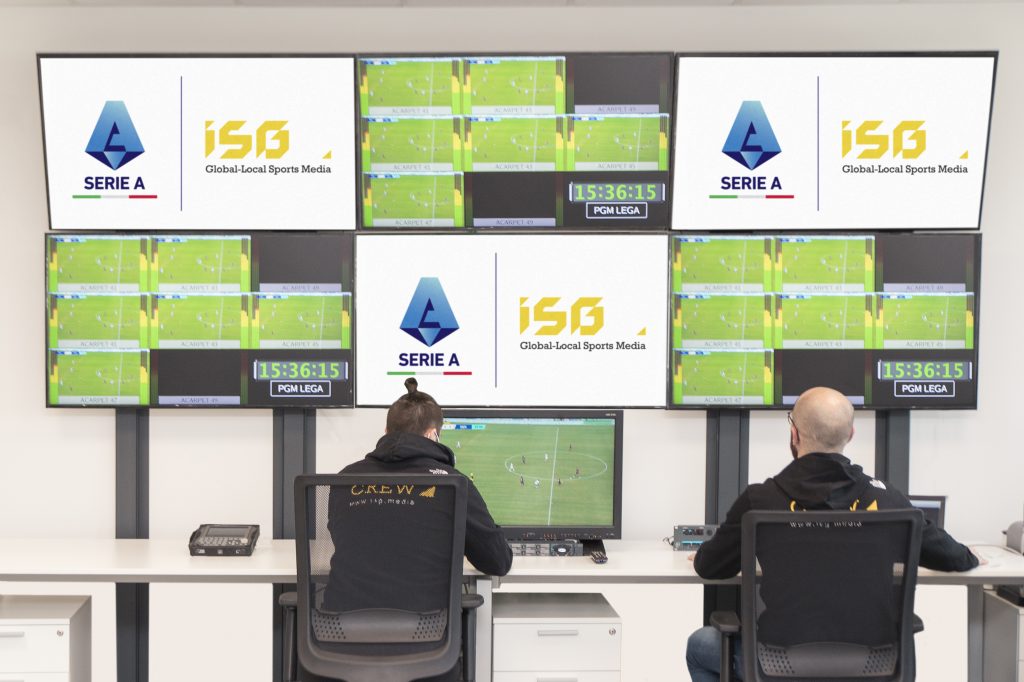 Luigi de Servo, CEO of Lega Serie A, said: “This is a real world first, as we launch one of the world’s most advanced broadcast centres, and as Serie A continues the development of its media division…We build upon our previous six years of successful partnership with ISG; launching the most exciting & ambitious virtual media project in broadcasting history. This initiative unlocks the potential for all 20 clubs in our league, generating commercial opportunities in different markets and regions across the world. We are confident that ISG and Lega Serie A will continue their strong union for many more years to come.”
Burgess echoes the view that it is a true world first that provides a seamless, near-perfect, multiple virtual media platform for all 20 Lega Serie A clubs and what its backers call the democratisation of virtual media opportunities for all clubs, for all matches.
Burgess added: “Turnkey in the true sense of the word, the entire project has been totally financed and supported by ISG via several Lega centralised and direct club commercial rights contracts. In addition, this in turn provided very significant centralised guaranteed revenue to Lega Serie A for their International Partner category & supplementary direct guaranteed revenue to individual clubs, whilst also allowing clubs the freedom to generate further direct media deals with brands and or established agency relationships. ISG’s mission is simply to generate increased revenues for rights holders whilst enabling brands & advertisers to have deeper, indelible, regionally targeted relationships with televised sports audiences, in turn driving greater return on investment.” 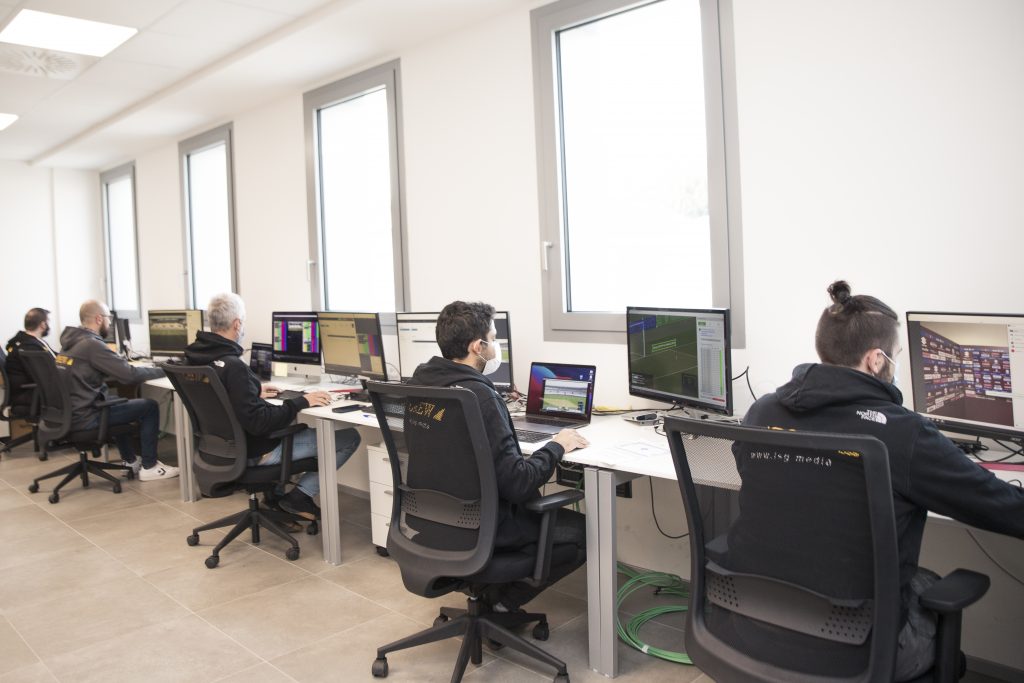 ISG’s team has been highly successful in evolving its unique turnkey approach over the last 10 years in a complex and rapidly growing area of specialisation. In most instances, ISG critically manages all integrated components across what it describes as the ‘virtual value chain’ – from working closely with rights holders to establish totally new virtual rights packages or find new ways of ‘virtually’ enhancing existing analogue media. Where necessary ISG financially engineers those rights packages to enable the full or partial subsidisation of those production and technology investments. ISG works with virtual technology providers’ R&D teams to ensure full optimisation of that specific tech within highly complex and ever-changing live broadcast ecosystems. ISG installs and operate these technologies to the highest standards required by broadcasters across multiple international regional feeds – critically ensuring quality performance across broadcast TV rights monetarily valued in the hundreds of millions. Regulation and compliance monitoring and management is baked into the ISG model, a vital cog in this cohesive service. A blended approach to revenue generation and sales is critical to the ISG model. In most cases ISG provides the lions’ share of rights revenue generation but also enables direct and independent sales potential for rights holders as well. Also vital to this approach is the production of data in the form of ‘dashboard’ near real-time proof of broadcast to brands, clubs & teams of relevant virtual media broadcast, stats, and reports. Finally, but most importantly, client management and credit control, no mean task when handling diverse advertisers and brands from across the globe.
Burgess commented: “ISG believes that the Supponor AIR™ technology is by far and away, the most advanced, efficient, and reliable available for projects of this scale and importance. However, as technology advancement and development are always evolving and extraordinarily dynamic, the integrated approach of ISG does also insulate the rights holders against technology obsolescence. The rights holder doesn’t have to expose themselves to this risk; irrespective of the technological application, ISG delivers this prime revenue generative process with guaranteed performance.
“There are multiple moving parts in the successful operation of virtual media in sports broadcasting, and not all of that is about the technology itself. It is critical that these components mesh and work together in concert to achieve the most risk adverse and optimal performance. Over the last 10 years we have pioneered and refined these integral elements to peak performance for all stakeholders…Rights holders, Broadcasters, Brands and of course Audiences. In many ways the best analogy I can think of is probably an F1 Race Team. If the core tech itself is perhaps the engine provider: then ISG designs, builds, and drives the car and all that ensures the optimum performance of that engine. Constantly feeding back, refining, and adjusting tech between car drivers, engineers and the engine R&D team to ensure continued success on the track. We are confident that what we are achieving with Serie A can be replicated with other world class leagues and sports franchises.” 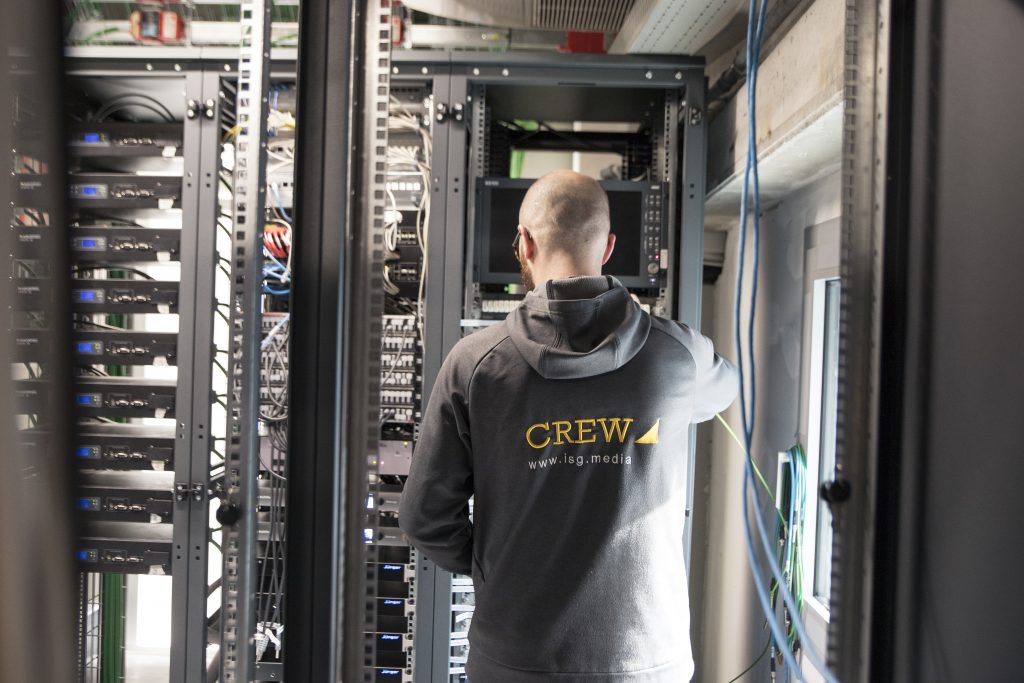