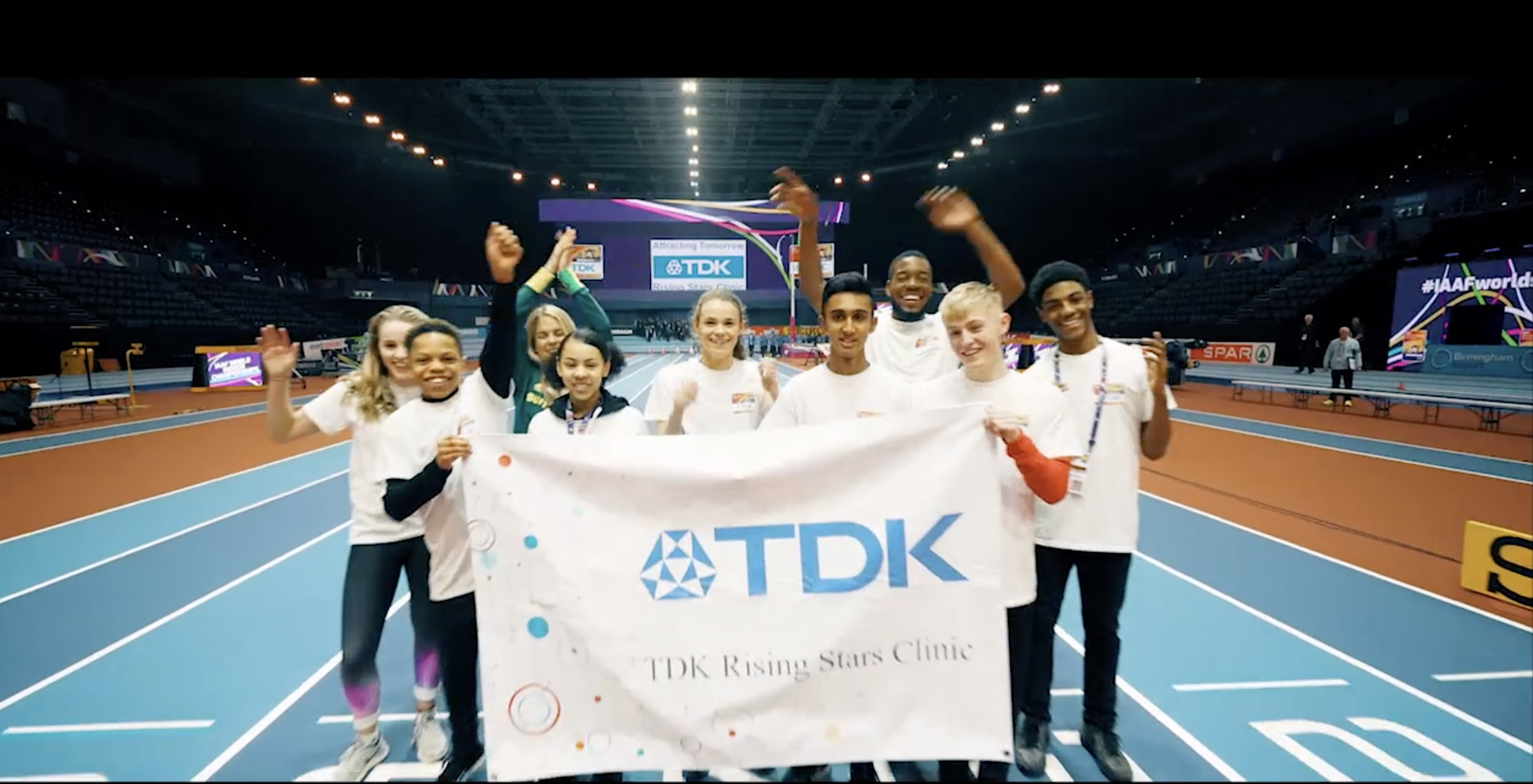 The ISG crew filmed behind the scenes with leading athletes Aries Merritt  (men’s 110 metres hurdles world record holder), Nethaneel Mitchel-Blake and Dominique Scott along with selected young athletes from local athletics clubs.
The crew filmed all weekend as the athletes showed the children the backstage areas of the Championships including warm-up and media areas. The young athletes also received one-on-one coaching from the stars as well as some advice for developing their talents.
The footage was edited into several clips at ISG Productions’ facilities and then delivered to TDK for distribution.
Managing Director, Laurence Archer commented ‘We worked with TDK ahead of the World Athletics Championships in July 2017 and we were delighted to extend our relationship by providing filming and editing assistance in Birmingham.’