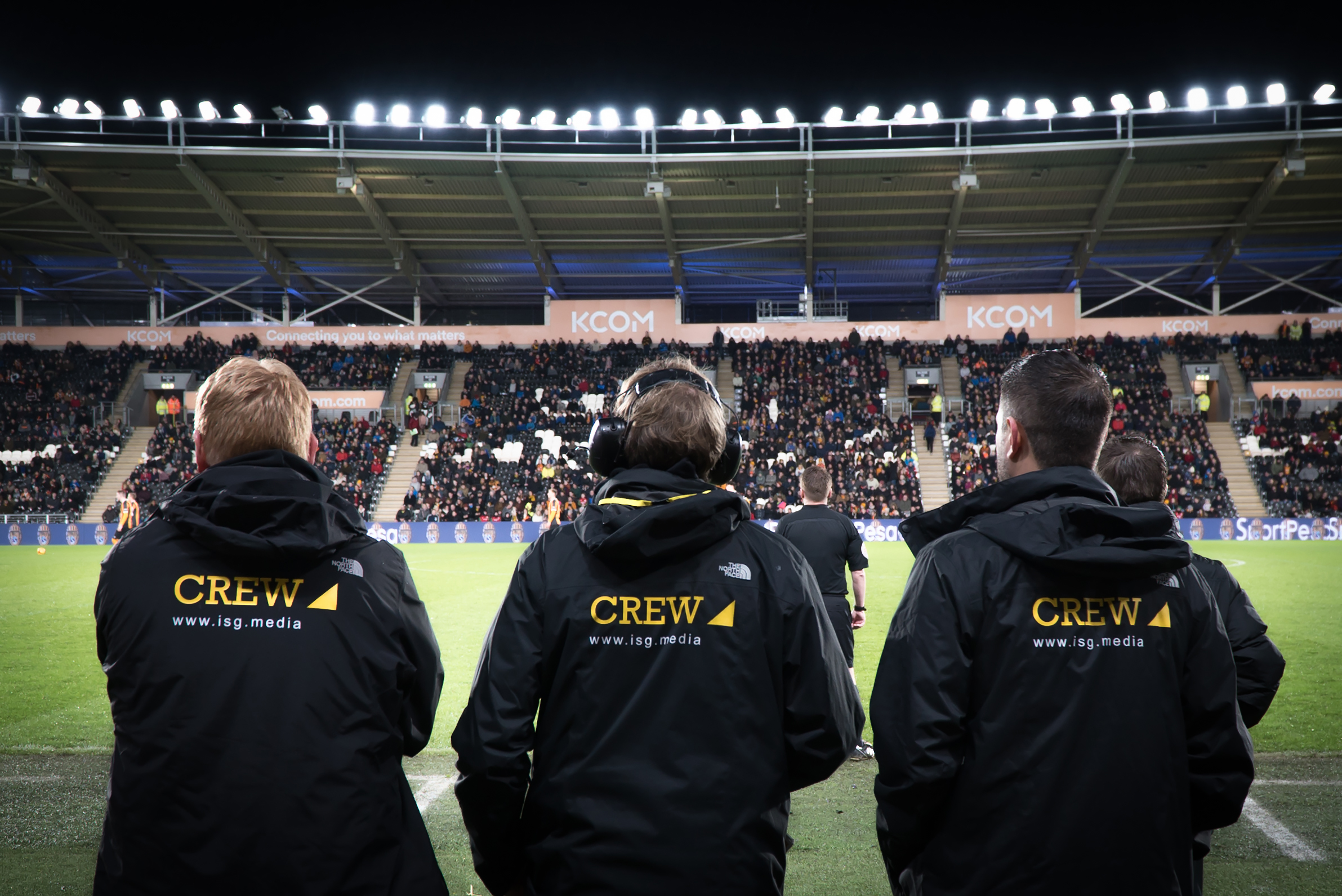 ISG has been awarded the live broadcast production contract for Premier League side Hull City’s friendly game against a SportPesa XI next week.
The match, which will be played at the KCOM Stadium on Monday (February 27), will be broadcast live across the African sub continent as well as being shown on YouTube and Facebook.

It will feature up-and-coming stars from Hull City’s Academy program who will be taking on an All Star XI of players specially selected from Kenya’s SportPesa Premier League.
For SportPesa the game provides considerable added value to their shirt sponsorship with Hull City and promotes interest in their core African market.
‘We will be delivering an eight camera production that matches the style of all English Premier League games including all pre match and post match content, programming and live outside broadcast,’ explained ISG Productions Managing Director Laurence Archer.

ISG have drafted in one of the world’s most experienced multi camera match directors in John Watts, a veteran of numerous big match productions including seven FA Cup, five League  and three Champions League finals.
Match commentary will be provided by John Helm, one of the most recognisable voices in football having provided world feed commentaries from the last four FIFA World Cup finals as well as having had a distinguished broadcast career in radio and TV.
Telegenic have been engaged to provide OB facilities with match on screen graphics being delivered by the team working for ISG who were responsible for the EPL graphics for Sky Sports coverage, and the on screen look of all Sky Sports output and channels for the last over 10 years.