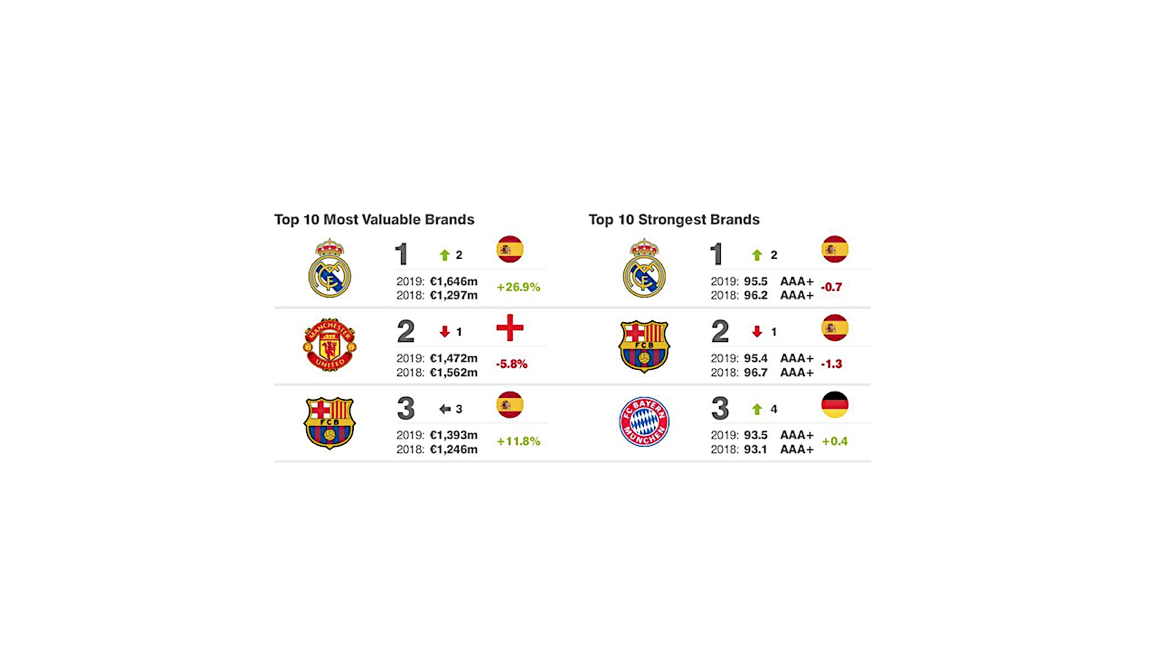 ISG advertisers to feature alongside world’s most valuable football brand

Interregional Sports Group (ISG) are offering advertisers the chance to feature alongside the world’s most valuable football brand for the next three seasons.

Real Madrid have been named the most valuable football brand in the world by leading valuation agency Brand Finance.

And the Spanish giants are part of a perimeter and goal-side advertising package that has been acquired by ISG from next season through to the end of the 2021/22 season.

It’s the first time in nine years that Real Madrid have reached number-one in Brand Finance’s rankings, knocking Manchester United off the top spot. And the ISG offer is further strengthened with Barcelona, who also feature in the advertising package, named the third most valuable brand.

‘It’s a great opportunity for advertisers to be associated with two of the world’s top most valuable football brands’ said ISG Joint Chairman Tony Ragan. ‘The appeal of these clubs is global and growing every season. Through our virtual packages we are able to allow advertisers to target a huge fan base during live broadcasts of their games,’ he added.

ISG’s package of 53 La Liga games per season will all feature either FC Barcelona, Real Madrid or Atletico Madrid with multi packaged geo-targeted broadcast feeds being distributed around the world (except Asia).